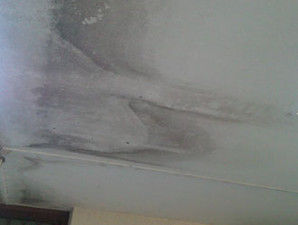 Did you know that mould can grow anywhere, from walls to clothes to books to toys? In fact, it can turn any of your favourite possessions into trash without any prior warning.

To put it simply, mould is a form of fungus. Different kinds of moulds can occur inside your house or around your office. When mould spreads, spores are spread through the air. However, mould spores are always present indoors. You cannot prevent spores even if mould cannot go in an environment.

Moulds occur in environments that are moist and warm. Hence, when a spot is left damp for too long, mould begins to grow. Mould can grow on a number of surfaces, including fabric, paper, wood, plastic, and even glass. As mould evolves, it consumes the material it is growing on.

How Does Mould Affect Your Health?

Not only is it unhygienic, but mould can also pose a severe health problem, especially for those individuals who have an allergy or existing respiratory issues, including a weakened immune system.

Spores, cells, fragments, and unstable organic compounds enter the atmosphere as mould thrives. This produces allergens, irritants, and mycotoxins. Most individuals are sensitive to these elements. In fact, they can turn out to be toxic.

Since dampness causes things to break down, particles of dust travel through the air. This is especially bad for individuals with allergy problems and children. These particulars irritate the lungs, nose, and throat. They are particularly harmful to those who have existing breathing problems, asthma, or a chronic lung condition.

People with allergy issues or sensitivity tend to react almost instantly to mould-related particles. Allergies caused by mould can result in symptoms similar to hay fever, or seasonal allergy. Like in all other allergy reactions, airborne substances harm the upper respiratory tract.

The production of microbes and bacteria is triggered by mould. According to the World Health Organization (WHO), people may develop an inflammatory response when exposed to this bacterium.

The growth of mould may also result in:

Moreover, the WHO and the Centers for Disease Control and Prevention (CDC) have stated that people may also witness the following conditions in an environment where mould grows:

Is mould growing inside or around your home and office? It should be dealt with immediately, otherwise, it can cause harm to your family and coworkers. The good news is that Best Ever Cleaning provides mould cleaning services to ensure that you, your friends, and family always remain safe and healthy. Give us a call today!